Dana Farber has been an organization my family has been supporting many years.  I have many childhood memories of attending golf auctions and participating in Ski-A-Thons.  These were fun events for me as a kid but at the time, I wasn’t able to understand what the cause really supported. 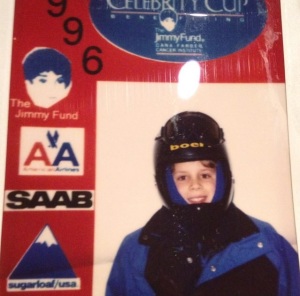 In 2007, my mother’s diagnosis with cancer led me and my family to begin walking the Jimmy Fund Walk each September.  It became an event we truly rallied around and I enjoyed being a part of the cause and supporting the people who had tried to save my mom.  In 2010, my Dad was diagnosed with Leukemia and I left my job in Boston to assist him through treatments and became his primary caregiver.   After over 100 days in hospitals and clinics between 2011 and 2012, my father was in remission after a stem cell transplant from an unknown donor.  It was during this time, that I started running after not having run more then 4 miles in my life.  I became involved with the Dana Farber marathon challenge after being urged from a family friend and completed my first marathon in April of 2012 with his support.

My father’s leukemia relapsed over a year after his transplant and we lost him in July of 2012.  I am forever grateful to the doctors at DFCI that helped my Dad into remission against all odds and allowed me an extra year and a half with him.

In addition to the close stories of my parents, I have many family and friends who are survivors or current patients at DFCI, MMC or other cancer hospitals.   Last year, I had the privilege of being paired up and meeting Colin, a 4 year old patient from Western, MA who is receiving treatment at Dana Farber and doing so well! 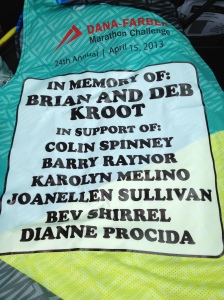 It is for buddy Colin, my friends fighting every day and to honor my parents that I will keep walking each fall and running each April until we have reached the ultimate goal: A cure for cancer. 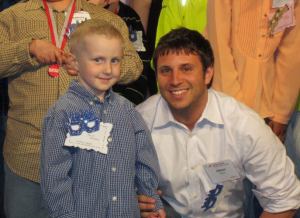