The history of Team Kroot (formerly known as Team Deb)

In 2008, we started out as Team Deb following Deb’s passing in July of 2008.  I think we created the Team in mid-August and scraped together 9 of us to walk the 5 mile route.  We all stayed in the same hotel, had dinner the night before together and began a tradition that would be continued the first Sunday each September.  We changed the Team name in 2011, after Brian was diagnosed with Leukemia. 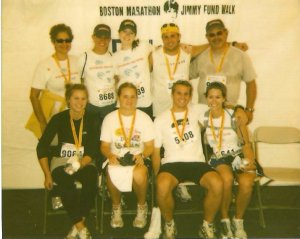 In 2013, we upped our game to a total of 103 participants.  Some couldn’t join us that day but still raised money and walked in their respective parts of the globe – we’ve had teammates walking in countries from London to Bahrain and even some walking (well, hiking) in Nepal .  The members of Team Kroot are our closest family and friends who have helped us through the last few years.  This special Sunday of September has become a holiday of sorts, a day where we remember those who we’ve lost and strive forward in their honor.  Each year, we reKROOT more supporters, survivors and still have our pre-walk dinner before.   We now boast a group of 30 walkers who hit the pavement in Hopkinton at 5 AM to make the 26.2 mile trek to Copley Square. 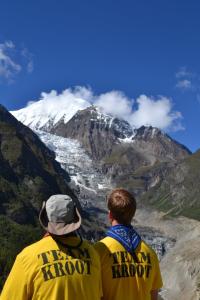